I have no idea if the following topic is just a bicultural marriage issue or if it’s an every marriage issue, but it is fun to write about, so I shall.

I grew up on loads of breakfast cereal. Any time of day was a good time of day for cereal. One of my favorite food-related reasons for going back to Ohio isn’t to eat Olive Garden, but to open up my parents’ pantry and see a cereal buffet. Cereal has been in my top five favorite foods for decades. One of my fondest childhood memories is when I would eat peanut butter Cap’n Crunch until the roof of my mouth would hurt while watching good ole Bob Barker on the Price is Right. Oh, and what did I crave during pregnancy? Cinnamon Honey Bunches of Oats. You can’t get it here in Costa Rica, so I literally dreamed about me finding a cabinet full of it.

Enter Albin. He was used to eating a big plate of gallo pinto (black beans and rice) with sour cream, eggs and toast for just about every breakfast since, well, forever.

When he first came to Cincinnati to visit, he was slightly timid with my family.  As Albin became more comfortable with everyone, he started to seem more uncomfortable with breakfast. Finally, he must have mustered up some confidence because one morning I overheard him ask my mom if we had anything else to eat for breakfast. After a puzzled hesitation, she said yes, thought for a moment, and offered him oatmeal. I have to give it to him, he really tried to seem excited about that “different” option, but I know his Costa Rican brain was telling him that oatmeal was just hot cereal.

My mom noticed his less than authentic excitement and asked what he usually ate for breakfast. He asked if he could just make some eggs. That definitely wasn’t a problem. The best part was that she pulled out a carton of “Egg Beaters.” For those of you unaware of what Egg Beaters are, like Albin was, they are eggs that are already beaten and ready to be poured out of what looks like a milk carton. You should have seen Albin’s face when she gave him that carton. Eggs in a milk carton? He was lost. By that point, I was cracking up. He considered turning her down, but it all worked out in the end and Albin took the plunge with boxed and beaten eggs. 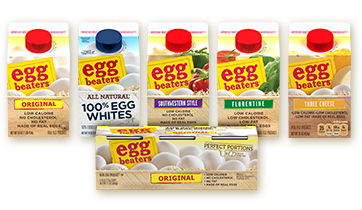 The next weekend, we went camping with a big group and one morning Albin had disappeared. We were looking everywhere for him when suddenly I caught a glimpse of a man creeping around my grandparents’ camper. Turns out they felt sorry for him and invited him to eat breakfast with them. He was overjoyed to find out that they were having (real) eggs, sausage, bacon, and toast.

That was just a foretaste of things to come. Breakfast was definitely another thing for us. Apparently a lot of our cultural things have to do with food, but let’s be honest, a big part of our day is dedicated to eating. Up until this day, I still avoid eye contact on Saturday mornings when I know Albin is looking at me with longing, hoping that I will say those magical words, “What if I make gallo pinto?” Don’t worry, I do make it. I’m not completely heartless. In fact, I’ve grown to love beans and rice for breakfast. Just as cereal has definitely grown on him. I’ve even opened up his horizons and blown his mind with different kinds of pancakes. He had never tried a blueberry (or banana, or chocolate chip) pancake before we were married! Once his eyes were opened, he got a little out of hand. I remember one day he surprised me by getting crazy and making pancakes with apples, cinnamon, and chocolate chips in them.

All’s well that ends well, I suppose. Our children will have a nice assortment of both cereal and gallo pinto throughout the week, with the occasional randomly flavored pancake thrown in. In a funny way, our breakfast is kind of like our relationship. I love that.